Tungsten Carbide In The Sports Industry

The Versatility Of Carbide

As one of the most versatile metal alloys on the planet, tungsten carbide has found its way into just about every industry including construction, drilling and mining, aerospace, medicine, and electronics amongst others. This naturally makes sense as carbide is nearly as hard as diamond, incredibly heat resistant, highly conductive, and does not pit or rust. It is these incredible properties that have lead the material to also be used in the sports industry in applications that become more widespread each and every year and also why metal recyclers like Carbide USA are becoming more important to this process. 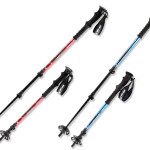 One of the most common uses for tungsten carbide in the sports industry is for tipping poles that are used by athletes who need to strike any sort of hard surface with them. Hikers commonly use trekking poles when they are going over uneven ground and by tipping these poles in carbide, they are able to strike and hold onto even hard rock surfaces in order to gain better traction. Due to the resilience of carbide, these tips will last far longer than those made from any other material. Even ski poles are sometimes tipped in carbide because of its durability, even though skiers will never theoretically have to strike anything harder than ice.

Tires And Other Forms Of Tread 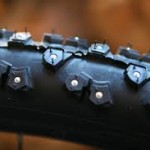 Pole spikes and footwear are not the only things used in sports that are tipped in carbide. Snowmobiles use studs that are carbide tipped in their drive tracks. These spikes, in combination with special V-shaped carbide pieces called groove rods that are attached under each snowmobile ski, help to create far better traction and improve steering, even in the iciest conditions. As a bonus, any snowmobiles that have these extras installed experience less wear and tear when they must cross roads and other surfaces not covered with snow and ice.

Bicycle tire manufacturers have started to make bike tires with similar studs to those found on snowmobiles for the same reasons. These studs give bikers far better traction on wet leaves, in rainy conditions, and on snow or ice. While there are studs that are made of other materials that can also do this to an extent, those made of carbide perform far better and are far more resilient.

Tungsten carbide usage amongst fishermen has been popular for a long time as it is the prime material used to construct fishing weights. Because carbide is naturally heavier than other metals used for weights including stainless steel, smaller weights that are far more discreet can be constructed and used in the water effectively. In addition, fishermen are starting to keep other carbide tools in their boxes as well including fisherman’s pliers and various multi-tools. 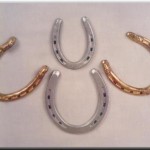 For those who enjoy riding horses, tungsten carbide is often used in the best horse shoes for durability in traction. Carbide tipped hoof nails are often utilized in order to attach horseshoes and sometimes, the material is also welded to the underside of the shoe itself before it is fitted. Because it only takes a small amount of carbide for the horse to enjoy its benefits, the animal is never hindered by the material’s weight.

Hunters can enjoy many benefits from the various products that are crafted from tungsten carbide. They can make use of carbide tipped trekking gear like hikers as well as many of the tools that fishermen use. However, the best carbide accessories that hunters can use involve their ammo. Carbide bullets have been around since the Second World War because of their armor piercing capabilities and riflemen can use these bullets to their advantage. Carbide die sets consisting of a sizer die, a seater die, and a bullet seater plug can also be purchased to ensure quick and accurate reloading. Bowmen too can enjoy benefits of carbide as they can purchase arrows tipped in the material for a straighter shot and a higher kill rate.

Aiming For The Best

Regardless of what sports you enjoy, whether you consider yourself an athlete or just an amateur who enjoys being active, you should want the best gear. Today, this means asking what you can purchase that is made at least in part with tungsten carbide. Once you try the superior items made with this alloy, you will never use anything else.

The recycling experts at www.carbide-usa.com can help you with all your tungsten carbide recycling needs so contact one of our customer service professionals today.