Tungsten Carbide and Your Golf Game

Tungsten carbide, known now as one of the strongest, long-lasting metals in the industrial world, can greatly improve your golf game. Tungsten carbide is mined raw in foreign

countries, imported into the United States where it is then processed into various equipment, instruments, and products including the world of sports, tungsten carbide is even being used  in items like golf balls and golf clubs.

Sporting equipment is becoming a popular place to use carbide scrap. Titanium was, heretofore, considered the hardest metal available, but with the combination of tungsten carbide and titanium, the resultant product rivals the hardness of diamond.

One of the most important factors for any metal is its strength and this is a key component in the benefits that tungsten carbide provides. In a comparison with titanium, which is regarded as a metal of strength, tungsten carbide is far stronger, but it is when both are combined that you get a metal with a strength that can only be bettered by  diamond. 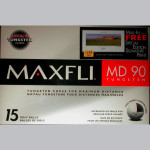 This means that if you are looking for a metal that can be relied upon, tungsten carbide is a natural choice.

Recently, tungsten carbide has become an ever increasingly utilized metal. Recycling of carbide takes a valuable resource, processes it into new equipment and products, provides another stream of income for industrial entities, and feeds our economy by providing more jobs to deal with the tungsten carbide scrap.

Manufacturing tungsten carbide either on its own or in combination with other metals, such as titanium, produces a finished product that can be shaped into any desired configuration and will allow for a strength and hardness in the product unrivaled by any other.

SPORTING EQUIPMENT AND YOUR GOLF GAME

In recent years, golf clubs and golf balls have been made from titanium, but the new kid on the block that is becoming ever more popular is tungsten carbide and the tungsten carbide scrap that is manufactured into newer and better products for golfers. 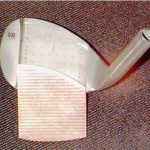 Golf balls are now being made with a tungsten carbide core much like when they were using titanium. This produces a golf ball that transfers all of the energy from the club in the same direction at impact. The tungsten carbide interior core results in a straighter shot.

Tungsten carbide recyclers are excited about the value imparted by their efforts to utilize as much tungsten carbide scrap as possible in new and existing models. Again, titanium was the metal of choice in the golf game with both golf balls and golf clubs having a titanium element to them from the core of the golf balls to the shaft and heads of the golf clubs. With the advent of tungsten carbide and the combination of carbide with other metals, producing reliable, strong, and precision instruments has never been easier.

No matter what sport or industry you are involved in, the changes of seeing an ever increasing usage of tungsten carbide in your equipment will leave you wondering how you ever managed before and carbide recyclers like Carbide – USA are providing the recycled products that help drive the industry.