Recycled Carbide Uses on Our Roadways

Tungsten carbide recycling has become a huge contender in the scrap metal recycling industry. Because of supply and demand, the current scrap carbide pricing is significantly higher than typical metals and provides a much needed boost to the economy through processing the scrap. 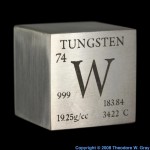 Tungsten Carbide should not be confused with any other carbide products such as sodium carbide or other metals. Tungsten carbide is mined, primarily in China, as a raw material. It is then shipped to the United States and other countries to be manufactured into products which far exceed the durability of hardened steel.

Tungsten Carbide (TW) is often combined with a special cementing process to produce the formations of bits, mill ends, blades, studs, tools and instruments for the medical field. Tungsten carbide cannot be used in its raw form.

A carbide recycler will obtain scrap carbide from various sources including machine shops, mining operations, road construction companies and many other resources.

Scrap Carbide Recycling and Our Roadways

Rather than being used in the material that makes up the roadways, scrap carbide recyclers send out carbide scrap to be manufactured into various tools and road milling equipment. The original tungsten carbide may well have been designed and used on equipment that graded and milled roads, but as with any metal, there is breakage, and wear.

Machine shops can easily retool, sharpen and adjust damaged tungsten carbide tips, blades and mill ends, producing a fine carbide scrap that can later be sold to carbide recyclers. These retooled and sharpened tips are returned to the road construction industry to be refitted to their machinery and extend the life span of each piece.

Up until the advent of tungsten carbide usage, most industries had managed to find only hardened steel with which to use in their machinery and road construction equipment. Hardened steel was the best available at the time, but the sheer propensity for breakage was costly and time consuming. Tools broke, shattered, and their lifespan was not useful in the industries it was being used in. Yet, this is what machinery and tools were made of – until Tungsten Carbide became known and widely used. 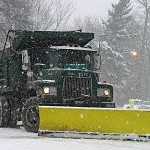 There has not been a better time in our technological revolution to utilize the ability of manufacturing long-lasting tools as there is now. Tungsten carbide is stronger than most other materials except for costly diamonds when used in cutting tools.

Road construction crews use a variety of machines to mill out existing roads, prepare new roads, and even provide snow plowing services. (If you’ve ever looked at a snow plow blade made of hardened steel, you will know how much damage is incurred from simple plowing.) In order to stay on target for construction deadlines, road crews need reliable, long-lasting equipment that will keep the crew up and running, rather than waiting for their machinery to be fixed and returned to the job site.

Scrap carbide recycling is changing the way industries do business. It’s changing the expectations from many industries to having materials that are stronger, harder than steel, and able to be reused in various forms. The current scrap carbide pricing can be determined by contacting Carbide-USA for information.

Tungsten carbide and scrap carbide are used in a variety of industries.  The usage of this incredible material in road construction is proving to be an excellent resource.