Tungsten carbide, one of the world’s most valuable and hardworking materials, is fast becoming the alloy of choice in many industries. Recycling carbide through a knowledgeable and professional carbide recycler leader such as Carbide-USA will provide you the best experience in the industry.

Scrap carbide recycling takes the load off other scrap metal recyclers who are not in the business to separate out the finer grains of carbide scrap. Their goal and expertise is purely in the metal business that has been the mainstay of their recycling efforts through the years. Tungsten carbide scrap is a creature unto itself that demands specific handling, preparation and the expertise of a scrap carbide recycler whose only interest is in processing used carbide.

In the United States, we have become a high-volume use of Tungsten Carbide to replace older metals like hardened steel. The older metals, though extremely useful and valuable during their time here, just had only so much life expectancy. Industries using hardened steel and other metal alloys experienced constant breakdowns in equipment, tools and machinery due to the breaking point of steel. 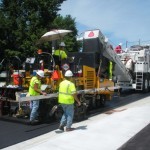 This left many crews in mining, road construction, machine shops and high-performance parts waiting for replacement parts and losing valuable work time on the job. The loss of time, though expected, slowed down their production rates and caused workers to be off-line while their tools were repaired or replaced.

Tungsten carbide came onto the scene and started to be employed in the manufacturing of the same tools and equipment. The long-lasting, strength, heat and friction resistant alloy soon replaced the unreliable metals previously used. As more and more industries moved over to Tungsten Carbide, production rates increased, workers stayed on the jobs longer, and machinery held up to rigorous demands.

As tungsten carbide equipment wore down after long periods of usage, some of the material became damaged as would any material used in these high-need industries. Recycling carbide processors became a strong presence in providing alternative ways to help both the industries using the material and the communities by developing a job market specific to carbide recycling.

Tungsten Carbide does not wear out the same way other alloys do. The hardness value is second to diamond, but less expensive. Machine tooling shops which both design, build and sharpen carbide tools and parts found that even the finest particles, dust, sludge and worn bits could be profitably processed.

Carbide-USA has become the premier carbide recycler offering the best current scrap carbide pricing for worn parts and particles. With their vast knowledge, expertise and professional manner, Carbide-USA brings about an excellent experience for all industries needing to recycle their carbide. 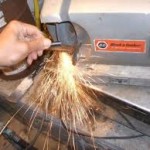 The process to recycle this material, though somewhat specific, brings a significant return on investment to the industries involved. Current scrap carbide pricing far exceeds the metal scrap industry. Thus, the demand and need to separate carbide from all other metals being used.

Carbide-USA provides detailed instructions both on their website and through personal phone consultation in order to bring the customer the best pricing and experience. Recycling carbide with Carbide-USA is an easier process that gives the customer peace of mind in knowing they are getting the best price for their scrap carbide.